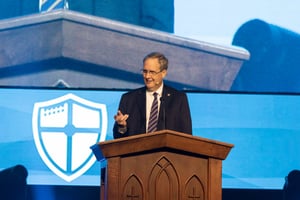 Since Dr. Pollard's presidency began in July 2004, the university has received over $290 million in gifts, grown its endowment from $50 million to over $165 million, and completed 17 major building projects. New academic programs in play therapy, nursing, computer science and data analytics have started, and enrollment has grown to over 1,900 students. The Wall Street Journal has named JBU the #1 school in Arkansas and the university has received “High Honor Role” status in the “Great Colleges To Work For” survey (2015-2021) by the Chronicle of Higher Education. Dr. Pollard teaches regularly in the undergraduate program and speaks frequently in chapel and other venues.

Dr. Pollard was elected to the board of the Council of Christian Colleges and Universities in 2009 and served as chair of the board from 2013-2018 and as immediate past chair until 2022. He was elected to serve on the Council for Independent Colleges board in 2021.  He also serves on the boards of Wheaton College, Arvest Bank in Siloam Springs, and Mercy Northwest Arkansas Community Board. 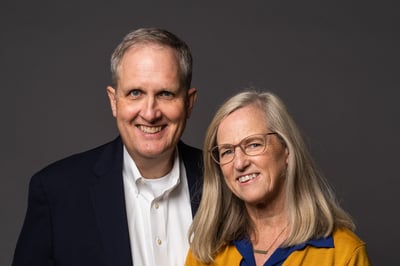 His wife, Carey, works in the Office of the President, and they have four children: Chad married to Anna, Benjamin (deceased), Emma married to David, and James married to Annika. They also have three grandchildren, Audrey, Emmy and Charlie. They are members of the First Presbyterian Church of Siloam Springs.