The Abila Lecture in Biblical Archaeology is a bi-annual lecture series that promotes understanding of the archaeology and history of the Biblical world to audiences at John Brown University and in Northwest Arkansas. Each year, the Abila Lecture brings in two scholars to speak on the history and archaeology of the Biblical world. Abila Lectures held in the Fall will typically focus on the Old Testament and lectures in the Spring on the New Testament. Funding for the lecture series has been provided by generous donors to John Brown University’s Abila Archaeological Project which excavates at Abila of the Decapolis in Northern Jordan. All lectures are free and open to the public.

The Abila Lecture will be held on Tuesday, October 11 that 7:00pm in the Cathedral of the Ozarks on the campus of John Brown University. Admission is free and open to the public. 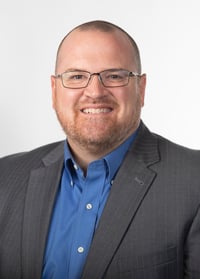 In the Court of Pharaoh: What Egyptology Can Tell about the Exodus

Dr. Janzen is Associate Professor of Archaeology and Ancient History at Lipscomb University in Nashville, TN. He received his Ph.D. from the University of Memphis in ancient history. His primary research interests are Egyptian epigraphy and archaeology, New Kingdom military history, and the Israelite exodus. He is the editor of five Views on the Exodus: Historicity, Chronology, and Theological Implications and has written articles and essays on a wide range of topics relating to the intersection of ancient history, archaeology, and biblical studies. In addition to his teaching duties, he is also the deputy director of the Karnak Great Hypostyle Hall project, an epigraphic mission at Karnak Temple in Luxor, Egypt and a co-host for a podcast entitled OnScript –The Biblical World. Mark enjoys various sports, especially football, hiking with his family of 5, and reading.

"Archaeology and the Synagogues of Jesus' Ministry" Video

"A Singular Jesus in a Pluralistic World"  Video

''Saint Paul on Cyprus: Archaeology and the Transformation of an Apostle"  Video

"Ashkelon and the Philistines" Video unavailable

"Excavating Abila of the Decapolis:  The First Thirty-Six Years"  Video

"If Jericho Was Not Razed, Is Our Faith in Vain?:  Why History Matters" Video

"Looking for Joseph of Arimathea's Tomb:  Archaeology and the Burial of Jesus" Video

"Crucifixion in the Roman World:  a Historical and Archaeological Survey" Video

Abila of the Decapolis, Jordan: (Short description of Abila's history and pictures by Michael Fuller)

Pella: Pictures of the excavation at Pella)

Jerash: (Artifacts and pictures of Jerash)

Gadara: (Artifacts and landmarks in Gadara)

Philadelphia: (Pictures of its remnants in modern day Amman)

Capitolias: (Pictures of its remnants in modern day Beit Ras)

Yarmouk University: (Provides information about the institution and more)

University of Jordan: (Information about the university and more)

American Schools of Oriental Research: (Promotes education on the ancient Near Eastern world)

CenturyOne Books: (This a wonderful place for finding ancient resources for your personal library)

BibArch: (An online guide to the world of Biblical Archaeology)

Society of Biblical Literature: (Promotes critical investigation of Biblical and Near Eastern literature)

Oriental Institute: (Provides list index for ancient Near Eastern resources at the University of Chicago)

The Israel Museum, Jerusalem: (Discover collections and exhibitions of ancient Near Eastern history)

Journal of Near Eastern Studies: (Devoted exclusively to ancient and Medieval civilizations of the Near Eastern world)

Bulletin of the Asia Institute: (Art, archaeology, numismatics, history, and languages of ancient Near East and Central Asia)

Archaeology: (This is a popular magazine that provides a wide variety of topics in the world of archaeology)

Oriental Institute Research Archives: (ABZU) (Guide to resources for the study of the Ancient Near East available on the Internet)

Resource Pages for Biblical Studies: (Focuses on the early Christian writings and their social world)

Shalom: (Provides dozens of links and resources on ancient Near Eastern history)

Near and Middle East Archaeology: (Large index of links covering a wide range of archaeological fields)

The Perseus Project: (A digital library of resources for the study of the ancient world)

Abila of the Decapolis

The New Encyclopedia of Archaeological Excavations in the Holy Land. (New York: Simon and Schuster, 1993).

Mare, Harold W. The Christian Church of Abila of the Decapolis of the Yarmouk Valley System in the Umayyad Period. ARAM 6 (1994): 359-79.

The Oxford Encyclopedia of Archaeology in the Near East, Vol. 1 (1997).

Nelson Glueck. The Other Side of the Jordan (Cambridge, Mass.: ASOR, 1970)

John D. Currid. Doing Archaeology in the Land of the Bible

Background of Decapolis and hellenism in Middle East

Robert L. Cate. A History of the Bible Lands in the Interbiblical Period. (Nashville: Broadman Press, 1989).

Cultural orientation to Jordan and the rest of the Middle East

These dates are approximate. Scholars disagree about such dates, which are constantly being refined with continuing discoveries of new archaeological evidence.

Abacus
The square slab at the top of a capital.

Acropolis
The "high place" in a Greek city.  Often the setting for the city's most prominent buildings, temples and other public structures.

Agora
This was the Greek word for "marketplace," known by the Romans as the forum.

Apse
A semicircular section projecting from the side or front of a basilica or monumental building, often vaulted.

Apsidal
Pertaining to an apse (semicircular in shape).

Architrave
The horizontal beam which rests on columns or piers and which spans the space between them. It is the lowest foundation level for the entablature and often decorated with sculpture.

Arcosolium
A Hellenistic-to-Byzantine era burial niche, designed to hold a sarcophagus. It was cut into the stone wall of a cave, with the ledge below and an arch above.

Atrium
The traditional central open area to a typical Roman private house. It was usually entered through a vestibulum (vestibule).

Caldarium
The hot room(s) of a Roman bathhouse.

Capital
The uppermost section or member of a classical column or pilaster.

Cavea
The auditorium of a theater, or the seating area of an amphitheater.

Clerestory
A row of skylight windows which provided light for the nave of the basilica.

Columbarium
A sepulchral chamber with rows of small recesses to hold ash urns.

Column Drum
One of the cylindrical sections of a column shaft.

Cardo Maximus
The central and most important street in a typical Greco-Roman city, running north to south. This street was connected to the very heart of the city--the agora or marketplace.

Cruciform
Cross-shaped. A building designed in the shape of a cross.

Decumanus
This was a secondary street(s), which ran east to west, perpendicularly to the primary cardo.

Domus
House. Dwelling of a well-to-do family as distinct from the taberna of the artisan and tradesman, as well as the apartment houses (insulae) of the middle-class and poor.

Ecclesia
The Latin form of the Greek word "ekklesia," which meant "assembly. It was later translated to refer specifically to the gathering of Christians.

Flutes
The vertical grooves cut into the shaft of a column.

Fresco
The art/procedure of painting on plaster while it is still wet.

Frigidarium
The cold room of a Roman bathhouse.

Hypocaust
A central heating system characterized by an airspace beneath the floor for circulation of hot air.

Iconostasis Screen
The screen that separated the bema or altar area from the nave. This screen (chancel) was decorated with religious icons and symbols, often relating to the Bible (cross, fish).

In Situ
This is an archaeological term, which means literally "at the site." It is used to designate the precise position of an artifact as it was first discovered by the archaeologist.

Laconicum
The dry hot-air room of a Roman bath complex.

Levant
The Levant (Latin="easterners") is a term designated for the entire Syro-Palestinian coastline, including modern day Israel, Lebanon, and the western coast of Syria.

Loculus
A rectangular burial niche or recess (sometimes 6 ft. deep), carved into the walls of a tomb chamber for individual corpses, sometimes several. The plural form is pronounced "loculi" (in Hebrew="kochim").

Locus
Any three-dimensional feature in a square, such as a layer of earth, as wall, pit, bin, and the like.

Martyrium
The grave of a martyr or saint, who died for their faith. It was not uncommon for early Christians to construct their ecclesiastical edifices over top of such a burial. This was especially prominent for the location of the apse.

Mosaic
A picture of description made by piecing small cut stones (tesserae) of different shapes and colors.

Narthex
A vestibule leading to the nave of the church. The portico of an ancient church building.

Nave
The central aisle of a basilica, similar to the modern church sanctuary. It was designated for the laity or common worshippers while gathering for worship.

Necropolis
The cemetery.  From the Greek word "nekros," which referred to a dead body.

Nomen Sacrum
A sacred name; specifically, an abbreviation for a sacred name found in ancient manuscripts.

Oikos
A Greek house or dwelling.

Opus Sectile
Paving or wall decoration made of shaped tiles of colored stone of marble.

Orchestra
Originally the circular dancing floor of a Greek theater, later becoming a semicircular area in front of the stage in a Roman theater.

Orthostate
An upright slab of stone; particularly those used in Greek construction to form the lower part of a wall.

Palestra
Porticoed enclosure for sport and exercise; the exercise yard of a Roman bathhouse.

Pilaster
Vertical pier or support beam, usually rectangular in shape, which protrudes from a wall. Architecturally it is treated as a column.

Portico (Stoa)
Colonnaded porch, particularly one at the front entrance to a building.

Rosette
An ornament resembling a rose.

Shaft Tombs
A round shaft usually three feet in diameter, cut vertically to a depth of about seven feet from the surface. The lower part of the shaft contained a series of small, underground chambers that were carved back into the rock. Burials sometimes consisted of two to eight people.

Tell
The Arabic term for artificial earthen mound; a characteristic attributed to ancient cities in the Middle East, due to centuries of building and rebuilding on previous ruins.

Tepidarium
The warm room of a Roman bathhouse.

Vestibulum
Vestibule, especially at the street entrance to a private house.

Villa
A country house or estate, usually the home of a wealthy citizen.

Vomitorium
Entrance (or Exit) of a Roman theater or amphitheater.

Wadi
The Arabic term for a watercourse, which carries water only during the rainy season.