In an effort to become more environmentally healthy and economically conservative, John Brown University is committed to being a sustainable institution, by reducing the volume of usable energy and used material.

JBU also believes that reducing JBU’s carbon footprint and using resources well are just a few ways that JBU can be stewards of God’s Kingdom. Because of that deeply held belief, JBU and generous donors have contributed over $10 million to sustainability projects on campus over the last 15 years.

In 2012 JBU has become the first and only zero-landfill campus in Arkansas.

45% of JBU's waste is recycled, and the rest is compacted and incinerated. 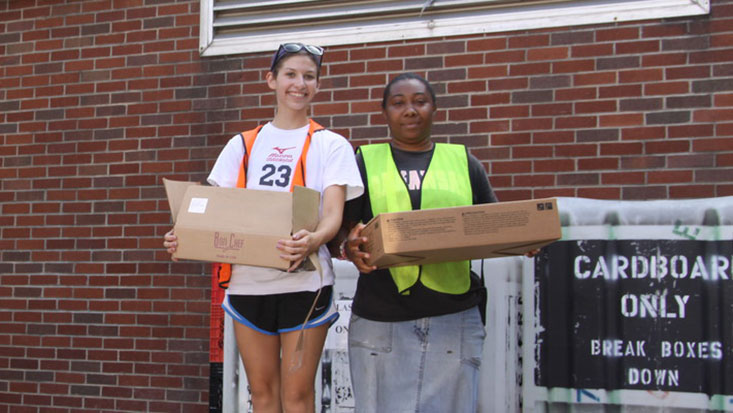 JBU's hydration stations are located in a variety of locations on campus with bottle fillers in addition to bubblers that have taken the place of traditional water fountains.

Non-food items are incinerated in a power plant that reduces no harmful emissions into the environment. JBU compacts non-recyclable material on campus.

Cafeteria waste is taken to the Gentry Safari Zoo in Gentry, Arkansas. Kitchen grease is converted to biodiesel and used to power lawnmowers.

During move-out days on campus, instead of having students dump unwanted items in a dumpster, workers from the Salvation Army come and take away items that can be reused. Reducing the use of dumpsters saves the university over $60,000 annually.

By purchasing hybrid vehicles, JBU's gas mileage of university cars has increased by 37 percent in the last 10 years.